MENU
Readying Arkansas for a lifetime of literacy
Donate

Raised by a man who could not even sign his name and wanted his son to get the education he never had a chance to get, Sammy nonetheless left school in the 6th grade. In 1968, King, then 18, was drafted to fight in Vietnam. He could man a machine gun, but he couldn’t read, and some of his Army brothers treated him differently because of it. It made him ashamed. “I’m not dumb,” King said. But he couldn’t seem to find help. After his time in Vietnam, his inability to read presented new challenges; he suffered from PTSD, but as he couldn’t read, it was almost impossible to get adequate treatment.

Nineteen years ago, however, he met Kathleen, the woman who became his wife. Kathleen tried to teach him to read, but she and King, both working, didn’t have the energy to tackle the difficult task in their free time. After retirement, however, King decided to visit Literacy Action and started working with volunteer tutor Pratt Remmel. At times, the difficulty and frustration made him question if it was worth it. But he stuck with it, faithfully spending several hours each week studying and practicing reading skills.

King is now reading at about a sixth-grade level. He’s finally read a book about Helen Keller. More significant, however, was when, after 19 years of marriage, he was able to pick out Kathleen’s anniversary card himself and sign it, “to my loving wife.” King says he now has confidence he lacked his whole life, and for Kathleen, “It’s been an honor … to be with someone who has come out of hiding.” He said learning to read “took the burden I’ve been carrying all my life,” and he hoped others who can’t read wouldn’t wait as long as he did to get help.

Thanks for visiting the website of Adult Learning Alliance of Arkansas. 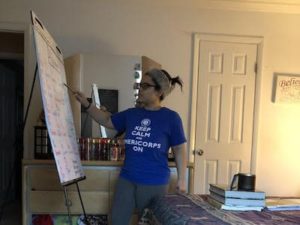 Members Serving Learners for Over 19 Years 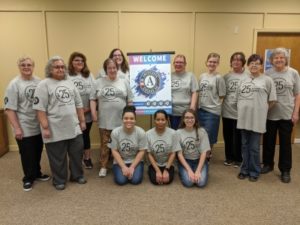 Oh! What a Conference! 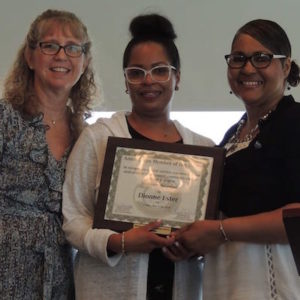 Congratulations to our 2019 Award Winners 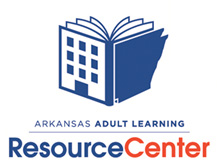 Thank you for visiting the website of Adult Learning Alliance of Arkansas.

Larry is a student of the Clark County Literacy Council in Arkadelphia. He and his tutor meet twice a week to work on his reading and writing skills.

Each student of the council establishes goals to work towards. Larry’s goals include employment and receiving a driver’s license. Recently, due to his hard work and dedication, Larry took the driving test. Not only did he pass, the instructor gave him a compliment for only missing a few questions.